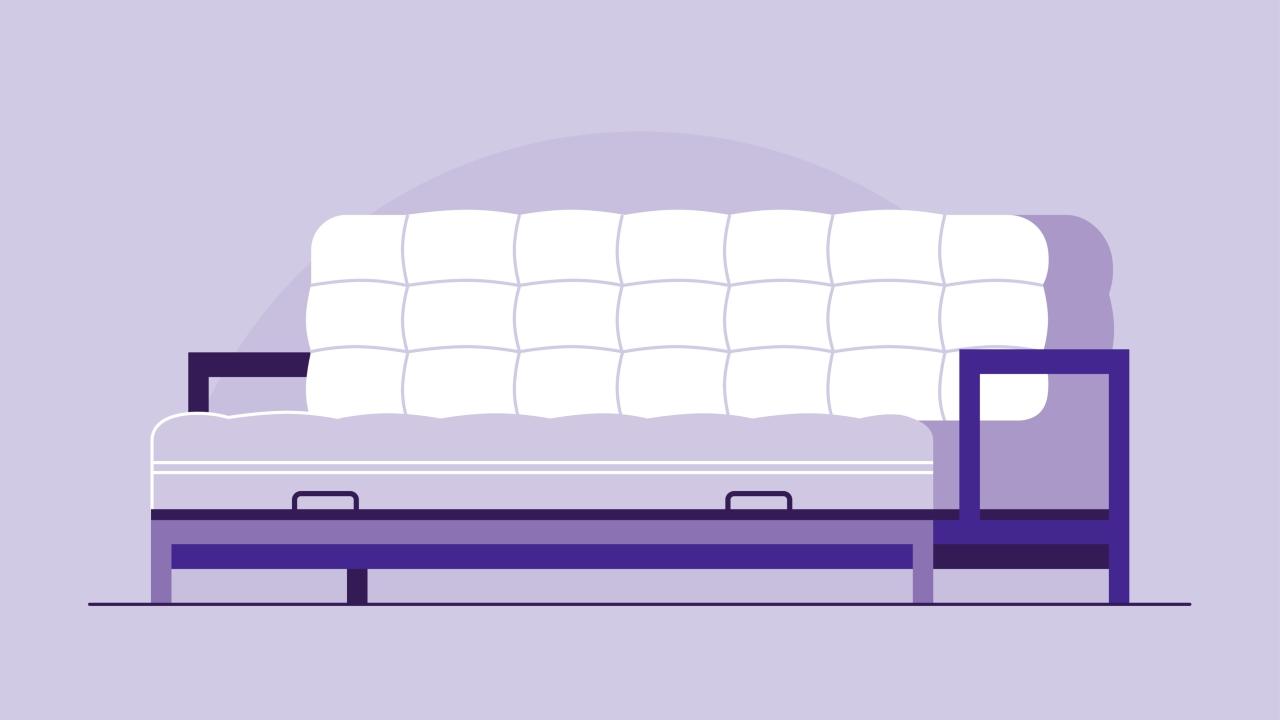 What are the Benefits of a Futon Mattress?

The first time I saw a futon mattress, at the bottom of my new bunkbed, my mind raced with questions. Was this a couch, or a bed? How could it possibly be both?

I loved our futon mattress, a bendable bed with a foldable frame that allowed it to be both a couch and a bed. We used the couch for forts and movies, and, of course, the bed was comfortable at night.

What Types of Futons are Available?

A futon is made of two parts: the frame and the mattress.

Frames are usually made of metal or wood, and are foldable to make it easy to change your futon from a couch to a bed and back again.

The slats, where your padding will be resting, will offer the best support if they’re an equal distance apart, and about 2.5 to 3 inches wide.

Remember that the padding will be resting on the slats, so the space between the slats shouldn’t be too wide; you don’t want the mattress to sag.

Many frames are made of metal, which often comes in silver and black options. Pricewise, metal frames are either far cheaper or more expensive than those made of wood, depending on the quality of metal used for the frame.

Metal frames offer a more contemporary look than wooden frames, and have a sturdy foundation that will likely last longer than most wooden frames.

As with wooden frames, be sure your slats are an equal distance apart, and have a width of at least 2.5 inches.

Sizes and Materials of Futon Mattresses

You can get a futon mattress in a variety of sizes and materials.

The thickness of each mattress will vary based on the material your mattress is made of. Most are about six inches, but they can be as thick as a traditional mattress.

The traditional Japanese futon mattress was filled with reeds, horsehair, or rice straw. Nowadays, futons are usually filled with cotton.

Latex mattresses are most popular in the West since latex is comfortable to sleep on. Basic mattresses are made mostly of cotton and foam. Other mattresses use polyester and foam, or pocket coils and innersprings.

Quick History of Futons – They Originated in Japan

Walmart and IKEA may be futon-centrals nowadays, but this traditional Japanese bed has a much longer and richer history.

They were used in Japan for centuries before they were ever popular in the West. In the beginning, only nobility had futons, though they were not as comfortable as they are now.

Futons became popular in the U.S. in the 1980s, after William Brouwer, who was inspired by the traditional Japanese versions, invented the futon sofa bed in 1982.

How Long Does the Average Futon Last?

Futons will last longer if they’re lightly used. If they’re well taken care of, you can expect it to hold up between five and ten years.

It can be difficult to find one that will last a long time if you use it regularly, and might not be the best choice for your primary bed. However, futons are more comfortable now than they used to be.

Futons are Cheap and Functional

Futons generally cost between just under $100 on the low end, and $600 or more on the high end. The size and make of the mattress and the complexity and design of the frame contribute to the cost.

Since they are cheaper than regular beds and couches, and can function as both, they are a popular option, especially for college dorm rooms or people living in cramped spaces in highly populated areas like Manhattan.